The 2017 Commonwealth Fund International Health Policy Survey of Older Adults (aged 65+ years) was conducted between March and June 2017. Topics covered included access to care, care for chronic conditions, patient experiences with GPs, specialists and hospital care, informal caregiving and end-of-life care. This chartpack summarises NSW results, placing them in an international context. As well as providing a synthesis of results, it features specific findings relevant to the themes of accessibility and integration of care.

The Commonwealth Fund, a philanthropic organisation in the United States, commissions an international survey each year to support the creation of public reports that benchmark the performance of comparable healthcare systems. The survey focuses on different populations, generally following a three-year cycle.

The 2017 International Health Policy Survey drew its sample from adults aged 65+ years. BHI, as a partner, invested in an additional sample to ensure the number of NSW participants was sufficient to compute robust estimates of performance measures for NSW and to make statistically valid comparisons with the countries participating in the survey. Fieldwork in all countries took place between March and June 2017.

NSW results are based on the responses of 1,175 people. The combined response rate for NSW and Australia was 25%. Across countries the number of respondents ranged from 500 to 7000 and response rates ranged from 15% to 52%.  Results are weighted to be representative of the age, sex, education and regional profile of NSW and of the population in each comparator country.

A main response category was determined for each question of interest. Logistic regression was used to compare NSW’s performance with that of 10 other countries (and the rest of Australia) for 51 questions. This chartpack highlights results for a selection of 23 questions. Significant differences (p<0.05) are denoted with an asterisk (*). Within each jurisdiction, logistic regression was also used to compare experiences of people with and without ‘high needs’ (three or more conditions or functional limitations).

There are some methodological limitations to acknowledge. Sampling excluded adults living in nursing homes. Some questions had high non-response in certain jurisdictions – see supplementary information on the survey, methodology and data tables in the associated Excel file. 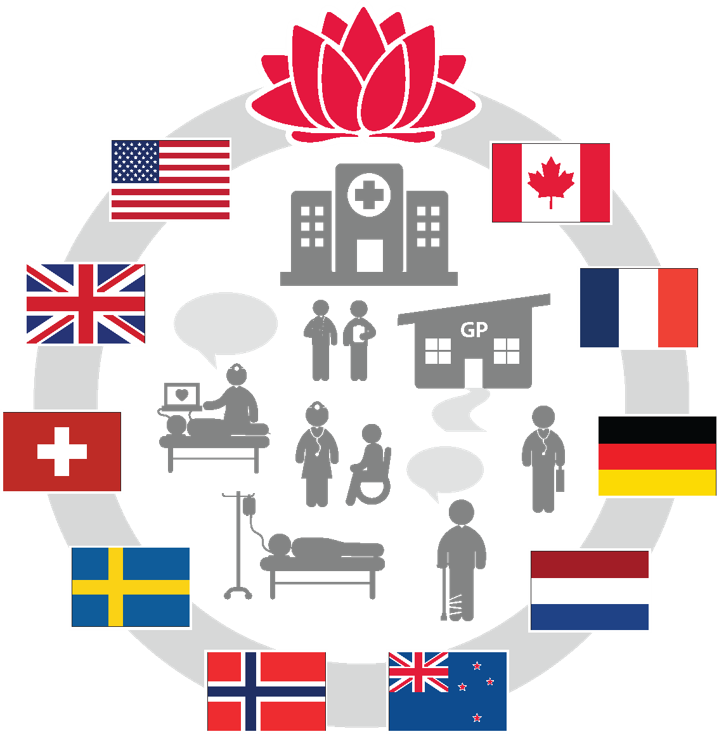